Shorten,  the ALP , and losing the election

Back to the ALP self-examination on why we lost the election. Am I nuts or something? The ALP is giving into Joel Fitzgibbon and the burn coal group.
—
What beat the ALP is the $60 million dollar gift to the Liberal Party campaign by Clive Palmer. And the money was well spent on the fear of Shorten being “shifty”.  In current discussions it is not even getting a mention. Clive’s advertisements landed on fear. Fear, the psychologists tell us, is the best motivator. The Fear of “Shifty Shorten” message was far more effective than, $60million saying, “Vote Liberal Party”.

—
The loss in the last election of May 2019 had little to do with “policies” – it was a $60 million dollar political donation to the Coaltion by Clive Palmer to save his coal mines. This was a huge amount even by USA Coke Brothers standard

If $60million would have been donated to the ALP we would have won the election easily.

Clive only had to sway 3% – but in my opinion his advertisements  swayed many more.

—
And it was so cleverly donated.

—
So you pretend you are starting a new political party without policies and spend the guts of the advertising on attacking the person of “Shifty” Shorten. And this was not any kind of advertising. Clive let loose the full catastrophe — radio, television, print newspapers, robo calls – the works. All of it was in piercing McDonalds yellow Coca Cola repetition, and shades of “Crooked” Hillary – plus a really ugly photo of Bill Shorten.

We didn’t lose, comrades. We had wonderful policies. We were beaten by capitalist money.

Raoul de Crespigny Tunbridge’s death on August 1, 2019 closed the book on a celebrated and highly successful career in general medical practice lasting over sixty years. For forty of these years he was also a designated Aviation Medical Examiner, holding a commercial pilot’s licence in his own right since 1979.

A significant contributor to the improvement of national and state based medical services, Raoul Tunbridge held key appointments in the Commonwealth sphere, the Health Department of Victoria, the Metropolitan Ambulance Service and the Victorian Academy of General Practice. On Australia Day in 1990 he was awarded the Medal of the Order of Australia (OAM) for service to medicine and for the creation of the Victorian State Disaster Plan.

Raoul de Crespigny Tunbridge was born on 15 May 1927. This was two years before the crash of Wall Street and the beginning of the Great Depression. His father Walter had been a member of the famous Light Horse Regiment in World War 1, and later on a pilot with the Australian Flying Corp. 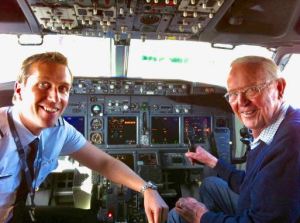 His mother Lorna was a vivacious woman and was involved in the publicity and administration of performances for the National Theatre in Melbourne. Raoul had fond memories of his young life, a life of great celebrity parties guested with opera singers and colourful theatre people.

He was a distinguished alumnus of Caulfield Grammar School, It was the only school he ever attended. At CGS he was a prefect, a dedicated cadet, and the founder of a very successful music club. 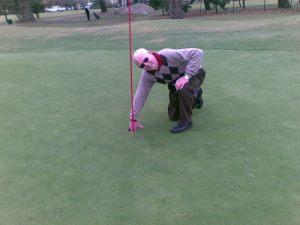 He graduated from Melbourne University as a medical practitioner i.e. Bachelor of Medicine and Bachelor of Surgery, in December 1952. In late 1952 he was appointed Registrar of the Prince Henry Hospital in Melbourne – a position he held for two years. 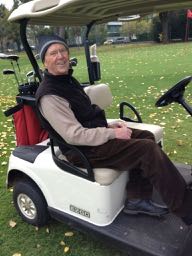 He had a close relationship with his younger sister Barbara. William Grice, one of his best friends from school, married Barbara and so became his brother-in-law.

Raoul took it for granted that a professional in society should go over and above the call of duty and voluntarily donate a substantial amount of quality time to organisations, which contributed to the good of society as a whole. He was, for example, a foundation member of Rotary International in Dandenong East.

These were the days before Medibank and Medicare when general practitioners were known as “physicians and surgeons” and did most of the procedures now done by specialists. I recall that frequently he would leave his surgery at Langton to head for the operating theatre at the Dandenong Hospital.

He was a great supporter of the Dandenong Hospital where he was, inter alia, President of the Committee of Management, Medical Director, and Director of Emergency Services.

My other memory of Raoul Tunbridge were that those who did not have any money were not billed. In these days before Medibank (1974) and Medicare those in personal difficulties were looked after pro bono by the medical profession.

His leadership roles included Chairman of Obstetrics at Monash University (1965-1973), President of the Board of Management of the the Metropolitan Ambulance Service (1986-1993), and CEO of the Victorian Academy of General Practice (1984-1994). The last included flying his plane to hospitals all over Victoria supervising and mentoring medical post graduates.

He is best known for his work in establishing Displan – the Medical Disaster Plan for Victoria, for which he received the OAM. Throughout Victoria, Raoul organised over fifty medical response groups who would be prepared “first responders” in the event of an earthquake, a train, bus or plane crash, a terrorist bombing – you name it. He also wrote the Australian Emergency Manual for Disaster Medicine which was to be the handbook text for his successors.

Raoul’s favourite vocation was as an accredited medical assessor of health and fitness for pilots. By law all airmen have to front up for their prescribed regular medical checkups. As a pilot himself it was a work he loved. These clients loved him too. 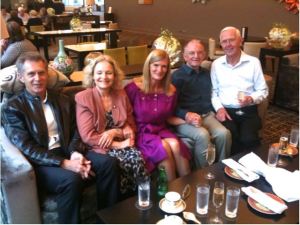 Dr Nathan Koch, represented the airmen who formed a guard of honour at his funeral. Koch stated that they always felt they not only fronted a skilled and knowledgeable medico, but a supportive person and their advocate with, at times, a somewhat capricious and ignorant public service.

On his 90th birthday at the Sandringham Yacht Club the grateful pilots saluted and honoured him with an eight plane flypast.

Raoul Tunbridge had, by any standard, a laudable record as husband, father, grandfather, and loyal friend. As his son Nicholas said at his funeral. 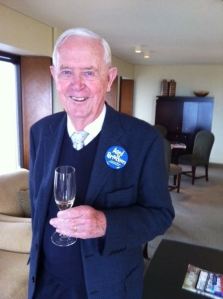 I asked him once what he would pass on to anyone who respected his life experiences. His answer was persistence. – “Nick, it’s so important to just keep going, never stop – and if something goes wrong, fix the bloody thing, and if you can’t fix it, then forget it and move on.”

Raoul’s skills, ethics and dedication were a remarkable contribution to us all and to his society. He has passed on. The lives of us all, and those who knew loved and admired him must be diminished.

Raoul Tunbridge is survived by his wife of 38 years, Christine,  her daughter Kate and children, and  Raoul’s sons Anthony, Nicholas and David  from his first marriage to Brenda, and their spouses and children. 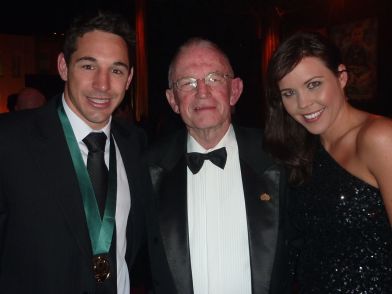 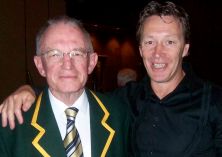 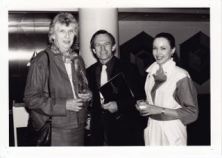 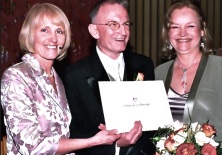