So 60% of my fellow Australians think that asylum seekers are not genuine – and, wait for it, the government is not treating them harshly enough.

—
So where are these non-genuine asylum seekers from?

—
They cannot be from Iraq.
This place is a seething cauldron of violence – Shi’ites versus Sunnis – ceaselessly blowing each other to smithereens because God is on their side.

—
They cannot be from Afghanistan.
Afghanistan is in the midst of an endlessly violent civil war — Taliban versus the rest — and whatever you do, don’t even think about driving a car because roadside bombs are a dime a dozen, and chances are you will be blown to bits.

—
They cannot be from Iran.
The place is run by religious nutcases and if you show your head or express an opinion you may well be executed. Iran is the world record holder for executions –  more capital punishment even than China.
—

They cannot be from Sri Lanka.
One lot of Sri Lankans carpet bombed and blew to pieces thousands of innocents so they could kill the soldiers/terrorists/ freedom fighters who took refuge among the innocent people – and by all reports whatever Tamils are left are being horribly mistreated by their former enemies.

So where are these non-genuine asylum seekers from, Mr and Ms sixty percenter ?

Maybe you have been influenced by this false word – and you have taken it in. This is the Hitler-Goebbels propaganda ploy right from the history pages of Nazi Germany.

Mr Abbott and Mr Morrison are saying that  people who come to this country asking for asylum are illegals.

Since when has it ever been illegal to come to a border?

Since when has it ever been illegal to come to a border and ask for help?

The real answer is never.

Legally, morally, socially any way you want to think about it – it is not illegal to come from a nut case country – especially a country in which we participated in a war, and thus exacerbated unbelievable misery and conflict.

People who live on this planet are entitled to ask for help from each other and the whole world recognises it, except Australia and, in the past, Nazi Germany.

And 60% of my fellow Australians have accepted this nonsense. Where is your intelligence?

I am told that Mr Abbott, Mr Pyne, Mr Hockey and Mr Rudd are practising Christians. Well, how about “do unto others as you would have them do to you”.

Love the Lord they God with thy whole heart and thy whole soul and thy neighbour as thyself.

What about the corporal works of mercy? (seven of them) These sum up Christian values of helping others for centuries. Look them up on Google.

Perhaps your are not a Christian or of another religion  but I am willing to bet you believe in fairness.

So a person comes to your border and asks you for help. So what do you do? You lock her up in a place very similar to a jail or concentration camp indefinitely. –

She has committed no crime – the place you send her to is malaria infested or savagely hot, confined and uncomfortable. So you give her a choice – go back to the country where you will possibly face persecution, misery or death or keep living here in this disease prone place.

A lot more I could say –
our cruel stupidity and lies have led us to destroy our friendship with our closest neighbour,
the number of asylum seekers is minuscule compared with our total immigration intake,
we welcome people by plane but not by boat (how stupid is that?),
we are one of the most prosperous and affluent nations in the world etc. etc.

90%  of those processed in previous years have been found to be genuine refugees – if you are a sixty percenter and you think the government should be “harsher” on those we have locked up or locked away – I ask you to think again – there are better solutions to this problem – the current government is taking you for a sucker. Please don’t fall for it any more.

1 thought on “Asylum seekers & 60% of Australians” 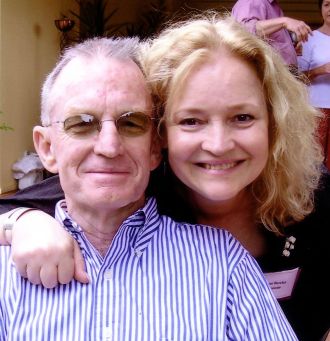